In August 2017, the project “Film Circulation on the International Film Festival Network and the Impact on Global Film Culture” for which I act as project leader and primary investigator has started and is currently hosted by the Film University Babelsberg Konrad Wolf. The project is sponsored for 3 years by the German Federal Ministry of Education and Research under the scheme “Small disciplines, high potential”. 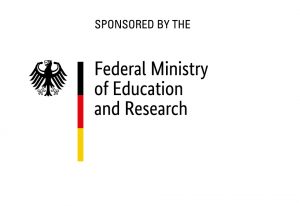 Since the establishment of the first film festivals in the 1930s, the festival sector has proliferated and diversified into more than 6.000 festivals taking place in every region, size and thematic specialization.  Festivals make films accessible to broader audiences beyond commercial exhibition, serve as networking hub for the film industry and are a significant part of global film culture.  The project “Film Circulation on the International Film Festival Network and the Impact on Global Film Culture” uses the potential of the small discipline Film Studies to investigate the influence of film festivals on global film culture.

The study is based on theoretical models of the film festival network developed in Film Studies and tests them the first time in a broad empirical study and aims to expand these models in dialogue with the industry.  The aim of the project is, first, to create a data set of film circulation within the festival network for about 2,500 films based on the complete program of six major film festivals within one festival season, documenting the run from premiere to the end of its festival life.  Secondly, this data collection forms the basis for the development of a new method for the visualization of the complex temporal and spatial circulation patterns of the films in the festival network: mapping the festival runs.  To this end, approaches from the digital humanities and geo-visualization are activated in order to develop new analytical methods for Film Studies.  Further analysis of this mapping, thirdly, will lead to a nuanced evaluation about how films, depending on parameters such as country of origin, genre, budget circulate within the far-reaching festival network, and how festivals influence the distribution of films in global film culture.

The results of the project will shine a light on the relevance of the festival network for film exhibition.  Instead of investigating film festivals purely from an economical perspective, the Film Studies approach also addresses the aesthetics and creative structures of global film culture.  This opens up new perspectives on the circulation of films, which are relevant to the discipline as well as the film and festival industry.  The project thus contributes to the understanding of global film culture, for instance, by analyzing how genres and topics, aesthetic innovation and filmmaker successes are influenced by festivals.  These results take up current discussions on globalization and changing media technologies within Film Studies and beyond the borders of the academy will also provide new impulses for the industry.

In December 2016, Deb Verhoeven (kinomatics) and I established an international network of screen industry researchers and organisations to analyse the relative position of women in film industries across the globe.

This international network brings together existing studies on local and regional data for the first time and tackles methodological challenges for assessing local differences and global similarities in data-driven studies.

Together with Leanne Dawson (University of Edinburgh) I edited the special issue on “Queer/ing Film Festivals” as part of a series exploring Queer European Cinema, past and present for the peer-reviewed journal Studies in European Cinema published in 2018.

This updated map lists the LGBTI*Q film festivals that have existed since 1977. Here, 392 individual festivals screening in 407 locations are listed that have come to my knowledge.

As the list has reached a length that makes it hard to scroll down, I encourage you to use the search bar to look for a specific festival name or location.

If you know of an LGBTI*Q film festival not listed here, please get in touch with details.

When looking for a specific festival or city, use the search button. The festivals are not listed alphabetically but by their founding year.

Together with sociologist Ann Vogel (HU Berlin) I am conducting a survey-based study with the aim to map queer film circulation through the international film festival circuit.  Based on a large sample of films that screened at the Berlinale (2001-2014)  and were listed as eligible for the TEDDY Award, we are asking the filmmakers, producers, sales agents and distributors to provide information about the festival and theatrical run of their films after the Berlinale screening.  On the basis of the incoming data, we will investigate the relationship between films, prizes, film festivals, the circuit, and commercial exploitation.

EWA Study “Where are the Women Directors in European Film?”

The European Women’s Audiovisual Network (EWA) released the report “Where are the women directors in European films? Gender equality report on female directors (2006-2013) with best practice and policy recommendations“, which is the result of a two-year study and statistics-gathering exercise in seven countries: Austria, Croatia, France, Germany, Italy, Sweden, UK. EWA’s data has been gathered through two sources: a comprehensive survey of national contexts and statistics provided by the seven research teams, and a questionnaire distributed through national professional organisations to almost 900 professionals, male and female, working in and associated with the European film industry. The results have been analysed with the assistance of experts from Sheffield Hallam and Rostock Universities. Findings have been discussed at a series of meetings held during the research period.

Together with Elizabeth Prommer I have written the National report on Germany.

This comparative pan-European study has been written and led by Holly Aylett (Birkbeck College, University of London) under the Project Direction of Francine Raveney (EWA Head of PR). Whilst the study was organised and managed by the European Women’s Audiovisual (EWA) Network it was carried out with the support and collaboration of many institutions, including: the Austrian Film Institute, the Croatian Audiovisual Centre, CNC (France), the University of Rostock, Birkbeck College (University of London), Centre d’histoire culturelle des societies contemporaines (CHCSC – Université de Versailles/Université Paris-Saclay), Direzione Generale Cinema/MIBACT (Italy), Swedish Film Institute, Creative Skillset (UK) and the Centre for Regional, Economic and Social Research, Sheffield Hallam University and the British Film Institute.

Together with Marijke De Valck and Brendan Kredell I have been working on a textbook on film festival studies Film Festivals: History, Theory, Method, Practice, which features 12 original essays by key authors in the field.  It is has been published with Routledge in March 2016.

Only every fifth feature film (22%) between 2009 and 2013 has been directed by a woman. These films obviously impress with their high standard of artistic quality as films by women receive film awards at a higher rate and have a more successful festival run. This success is remarkable considering that on top of the underrepresentation of women in film production their films usually have to be realized with smaller budgets. These are the results of the study “Who Directs German Feature Films? Gender Report: 2009–2013” (Feb. 2015) by the Institute for Media Research at the University of Rostock led by Prof. Dr. Elizabeth Prommer and Skadi Loist.

The full report can be downloaded here.

The conference was metioned and reviewed in a few high-profile publications: